Welcome to the Axion Family!

Also we will be posting the latest updates and news on our facebook page!!

Axion Mu Network, is an beginners friendly community we are here to help eachother out ingame.  We’ve provided here some information about the ingame characters for the members that lack experience ingame.

We hope to inform you the quality of each character ingame so you can choose the right character that fits with your gameplay.

These characters are your choices to represent yourself into the gameplay. There are eight character classes; Dark Knight, Dark Wizard, Fairy Elf, Summoner, Magic Gladiator, Dark Lord, Rage Fighter and Grow Lancer.

At the start of the game the players can choose between three different character classes. Each class has its specific powers and items, making no class truely “better” than the other, and all three are typically used to their fullest extent when grouped together. As each character levels up, they can transform into stronger classes. Each progressive class change grants access to new spells, skills, weapons and wings as well as an associated change in appearance. To progress, characters need to do class quests.

Later on in the game, the player can create special characters only accessible to players who have reached certain levels or purchased certain character cards from the Item Shop.

These dedicated warriors train endlessly to perfect their sword techniques. They channel their high Agility and Physical Strength stats into direct and area attacks like Twisting Slash, Death Stab and Rageful Blow. One of the first three classes you can play that require no level to unlock.

During their golden age, the mysterious order of dark knights fought for the protection of the citizens of MU. But those times have long since passed. Due to many wars the order was torn apart. Now the dark knights have become mercenaries to promote their own gain. Some have wandered the land in order to hone their skill to perfection, while others continue to try and bring justice to a time of pain and suffering. But one thing is certain; the dark knights of MU are sights too see pitched in battle.

The Dark Knights are the embodiment of strength and power. In close combat, they can deliver deadly attacks while taking more damage that would kill any other class. Due to their excellent combat abilities and high number of hit points, Dark Knights can venture out alone without much problem. He can wear different types of armors and can use a wide variety of melee weapons from swords and axes to spears. The skills of the Dark Knight do not eat up as much mana as compared to the skills from other classes. This makes energy a low priority among Dark Knights.

Elves are an asset to any party as energy elves or as agility elves. Energy elves have “buffing” spells that can increase defense, offense or heal party members. Her summons can turn the tides of battle. Agility elves are amazing ranged fighters and their quick attacks and high flee rates make them excellent tankers.

The elves of Noria are an old and ancient race. They claim that they were the first race on MU before the human and goblin. A Norian elf is said to have unearthly beauty and grace. While they may shy away from hand to hand combat, one cannot say that they are weak. The elves were the ones who had taught man the art of the bow. Nobody can beat an elf in an archery contest. The elves of Noria have also made pacts with other races. They call upon such pacts to aid them in battle..

Elves specialize in long-ranged combat and defensive magic. Because of the lack of synergy between their fighting and magical skills, they have been developed over time into two separate playing styles, not acknowledged by the game itself but by the players. The “Agility Elf (AE)” focuses her stats on Agility and Strength, in that order. This allows them to use the strongest bows and crossbows, and cause great amounts of damage out of harm’s way. Because of their ability to attack far away from an enemy’s melee attack, and a much higher defense (evade) rate, Agility Elves are great at fighting by themselves, but are also included in parties for that extra bit of damage. The “Energy Elf (EE)”, focuses her attention on the Energy stat, allowing them to use monster summons and three brands of defensive spell: “Heal”, “Greater Defense” and “Greater Damage” (the latter two known as “aura” and “buff”, respectively, although “buff” may apply to both), but in Asian servers buffs and auras are mostly known as “++” These three spells make them invaluable to a party, allowing the top attacking players to cause more damage and receive less, and allowing lower level characters to resist attacks from strong mobs. Some players combine both styles, naming themselves “Hybrid Elves.” They have high Agility in order to equip strong weapons and kill by herself, but also a good Energy stat to make herself useful in parties. Hybrids are not very popular because their buff is never as good as an EE’s, and they’re not as powerful as an AE. However, many AE’s spend some points in Energy to gain extra Mana and AG, and to fully make use of the raised energy, they learn the corresponding buffs if applicable, and tend to be confused as Hybrids.

Any Elf which is at least level 150 can be upgraded to a Muse Elf.The steps to becoming a Muse Elf are exactly the same as that of the Blade Knight and Soul Master transformation. However, after finding the Book of Kings, the Elf will have to hunt for the Elf Tear. The new-look Muse Elf can now wear the best armour sets, wield the best bows, equip Butterfly Wings and use new skills.

Beginning with MU Online Season III, the Muse Elves can evolve to High Elves after completing the three-part quest. They can use all the armors and weapons for Fairy Elves and Muse Elves. Moreover, there are 3rd Level Wings (Wings of Illusion) with special options.

The Summoner was a class added with the introduction of Season 3, it’s the second female character in the game. 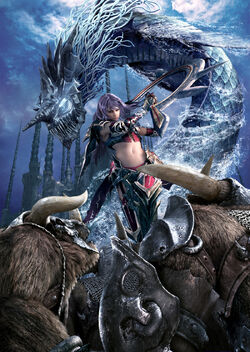 Forgottem empire “Kalutan”. The Rage Fighter is a remnant and descendant of Kalutal roayal knight. They are specialized for charge attack based on their physical advantage and use special buffs learned from Kalutan royal knight. 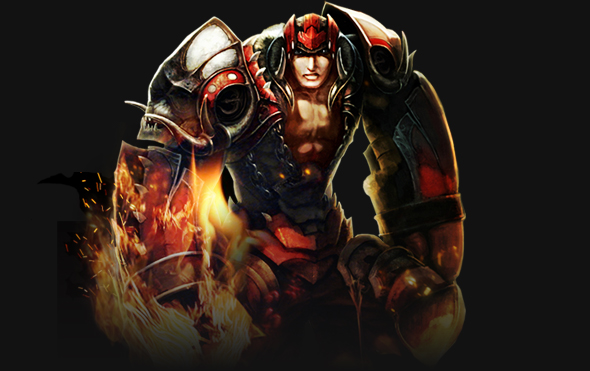 If Rage Fighter use skills while wearing Wing items, his HP decreases

At Lv. 250, the fearsome Dark Lord is unlocked. Riding into battle on his steed, he is a terrifying force that summons his Dark Raven and Dark Horse to do his bidding.
He is the only character with the Command stat.

Force Wave
The basic skill of a Dark Lord which unleashes a concentrated force of energy straight at the enemy.
Fireburst
Bursts out chains of fire which has an area effect. Most popular skill of a Dark Lord.
Increase Critical Damage
Enhances Critical Damage of the Dark Lord and his Partymates.
Electric Spark
Unleashes a powerful surge of electricity that takes down any enemies in its path.
This is an area effect spell whose power is increased by the power of the Dark Lord’s party.
Summon
Summons partymates of the Dark Lord to any location except Event maps
( Devil Square , Blood Castle and Kalima)
Earthquake
A destructive war stomp which causes tremendous damage and knocks opponents back.
Firescream
A range attack; three streams of fire are spread out from the front of the character that uses the skill.
When a monster is hit by the fire stream, all monsters in the area receive rated damage.

Upon reaching Lv. 220, the Magic Gladiator is unlocked.
These warriors combine spell and sword, bringing both to bear in the defense of MU; their arsenal includes abilities of both the Dark Knight and the Dark Wizard classes.

Power Slash
Magic Gladiators with special weapons can fire bolts of lightning by channeling their energies through these weapons.
Fire Slash
Mastered only by the Magic Gladiator, the slash of the MG is so fast it creates fire in mid-air.
The Magic Gladiator deals a great amount of damage and at the same time creates confusion among the enemy which makes them easier prey.

< Skills (For Grow Lancers only) >